The man who wants to be a tourist 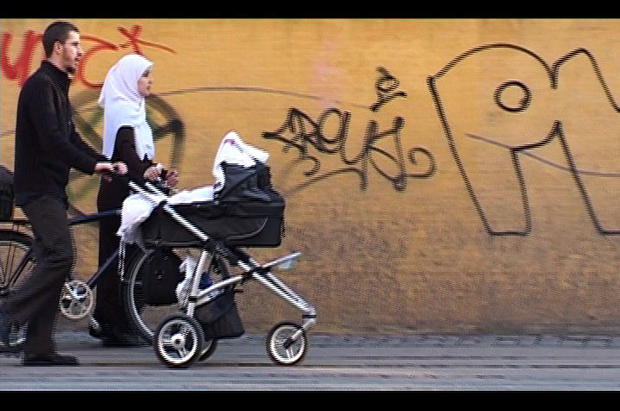 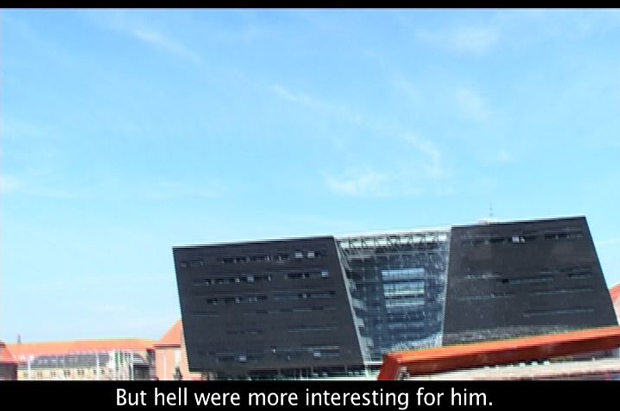 Stills from the video


The man who wants to be tourist which is filmed in Copenhagen, is a video work dealing with the labeling of people as tourists and migrants through their physical appearance.

The video consists of tree chapters, the Tourist, the Immigrant and finally the Boat trip. The first two parts, where you see the dictionary explanations of the words: tourist and immigrant followed by moving images that presents random people who were filmed outdoors. Cliché images of tourists and immigrants are placed in the wrong order considering the meanings of those words. The last chapter, the boat trip, a tour guide informs people about the city as they normally do. This chapter is also the most humorous part. While the sound remains untouched, subtitles show an anonymous joke about what happens to an immigrant and a tourist after death. The subtitles, instead of transcribing the dialogue, are changed so that they are now telling an anonymous joke about what happens to a man after death and the difference of being an immigrant and tourist.